CancerOptions is a private cancer consultancy working at the forefront of cancer treatment developments around the world. We offer a range of services including:

At CancerOptions we recognise that a cancer diagnosis can leave people feeling at a loss about what to do next. At a time when many feel overwhelmed, we give you control and choice about your treatment. Perhaps most importantly, we give you hope. 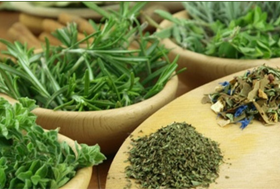 HOW CANCER OPTIONS WORK FOR YOU. We have different services to suit different needs. If you are having treatment... 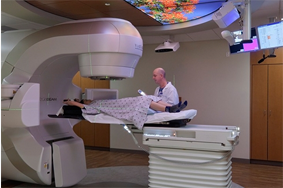 INTEGRATED TREATMENTS. What is Integrative Medicine? Combining the best and most up-to-date orthodox treatments.. 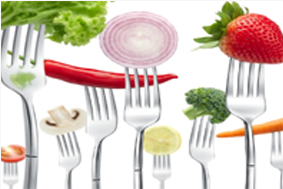 CONSULTATIONS. Three Steps to Your Integrative Cancer Programme Step 1: Consultation via telephone, skype or in person..

Cancer Options is a private, cancer consultancy where you can obtain consultancy, research and coaching for all the different cancer treatments and therapies. You will find the best of orthodox and complementary approaches evaluated by Britain's leading experts in the integrative field.

During the coming uncertain period we are pleased to say Cancer Options will be able to continue providing information and support to our clients dealing with cancer. We shall be doing so via our online video conferencing or by phone and email support and suspending personal consultations for the time being. read more

In October and November 2015 Heather began to suffer from headaches, blocked sinuses, a swelling on her forehead and short, frequent nosebleeds. This led to her being diagnosed with a heavy bout of Sinusitis at the GP’s and prescribed several different Antibiotics.

Heather was taken into hospital on Christmas Day 2015 with a nose bleed that wouldn’t stop and to her shock and horror she was diagnosed with a substantial nasal and sinus tumour that had already cracked through her skull and was pushing against her brain. Five weeks later it was confirmed as malignant and inoperable. There was nothing they could do they said, with the expectation being that it could not be cured …. The following is an account of Heather’s journey  in her own words….

After accepting the palliative radiotherapy on offer I, along with my husband, began to research alternative and supplemental treatments.

It quickly became clear that here are two approaches to treating Cancer, firstly the conventional ‘destroy’ approach – radiotherapy, chemotherapy and surgery, and also the ‘body healing’ approach through complementary and alternative elements. Without a doubt a combination of both is the best approach, providing the greatest chance of successful overall treatment.  However the amount of information available to us on the internet through blogs, documents, videos, and social media was literally overwhelming. What to do … where to go …

Through a very fortunate turn of events we were introduced to Cancer Options and Patricia Peat. It was to turn out to be one of a few key introductions for us that ultimately influenced my fate.

When receiving a prognosis as desperate as the one I received, a lifespan of three to twelve months, two key things get lost in the emotion that follows; control and hope. These were the things that we needed to get back and Cancer Options was instrumental in helping us to do just that.

So, following our initial consultation with Patricia, and the production of an Integrative Care Plan, a substantial bespoke plan of action just for me, the first thing that Patricia advised was to have further tests to look into what might have caused the tumour. Wow, looking at what caused this thing with the accompanying logical extent of stopping its growth and potentially reducing it, made such sense. But we had only been talked to previously at the hospital about how best to ‘attack’ the tumour. Patricia made it so clear that a healthy, functioning immune system is equally, if not more important, than conventional ‘treatments’ when it comes to cancer.

These tests were very revealing. We were able to determine that my body contained too high a quantity of certain metals and toxins but more significantly a key gene that helps to detoxify the body was not apparent at all! The good news was that all of these deficiencies could be ‘supplemented’ out. So, along with positive changes to my diet and exercise regimes I started on an extensive programme of supplements and ‘alternative’ treatments to support the radiotherapy that I had already received. This programme was designed to;

GET A FREE GUIDE

CancerOptions is a private cancer consultancy working at the forefront of cancer treatment developments around the world.

We offer a range of services including: