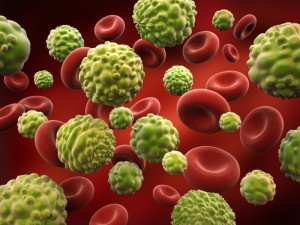 Researchers at Karolinska Institutet in Sweden have discovered that a substance called Vacquinol-1 makes cells from glioblastoma, the most aggressive type of brain tumour, literally explode. When mice were given the substance, which can be given in tablet form, tumour growth was reversed and survival was prolonged. The findings are published in the journal Cell.

The established treatments that are available for glioblastoma include surgery, radiation and chemotherapy. But even if this treat-ment is given the average survival is just 15 months. It is therefore critical to find better treatments for malignant brain tumours.

Researchers at Karolinska Institutet and colleagues at Uppsala University have discovered an entirely new mechanism to kill tumour cells in glioblastoma. Researchers in an initial stage have exposed tumour cells to a wide range of molecules. If the cancer cells died, the molecule was considered of interest for further studies, which initially applied to over 200 kinds of molecules. Following exten-sive studies, a single molecule has been identified as being of particular interest. The researchers wanted to find out why it caused cancer cell death.

It was found that the molecule gave the cancer cells an uncontrolled vacuolization, a process in which the cell carries substances from outside the cell into its interior. This carrying process is made via the vacuoles, which can roughly be described as blisters or bags consisting of cell membranes. The process is similar to what was behind last year’s Nobel Prize in physiology or medicine, the discovery that describes how cellular vesicles move things from the interior of the cell to its surface.

When cancer cells were filled with a large amount of vacuoles, the cell membranes (the outer wall of the cell) collapsed and the cell simply exploded and necrotized.

“This is an entirely new mechanism for cancer treatment. A possible medicine based on this principle would therefore attack the glioblastoma in an entirely new way. This principle may also work for other cancer diseases, we have not really explored this yet,” says Patrik Ernfors, professor of tissue biology at the Department of Medical Biochemistry and Biophysics at Karolinska Institutet.

Researchers made mice that had human glioblastoma cells transplanted in-gest the substance for five days. The average survival was about 30 days for the control group that did not receive the substance. Of those who received the substance six of eight mice were still alive after 80 days. The study was then considered of such interest that the scientific journal wanted to publish the article immediately.
“We now want to try to take this discovery in basic research through preclini-cal development and all the way to the clinic. The goal is to get into a phase 1 trial,” says Patrik Ernfors.